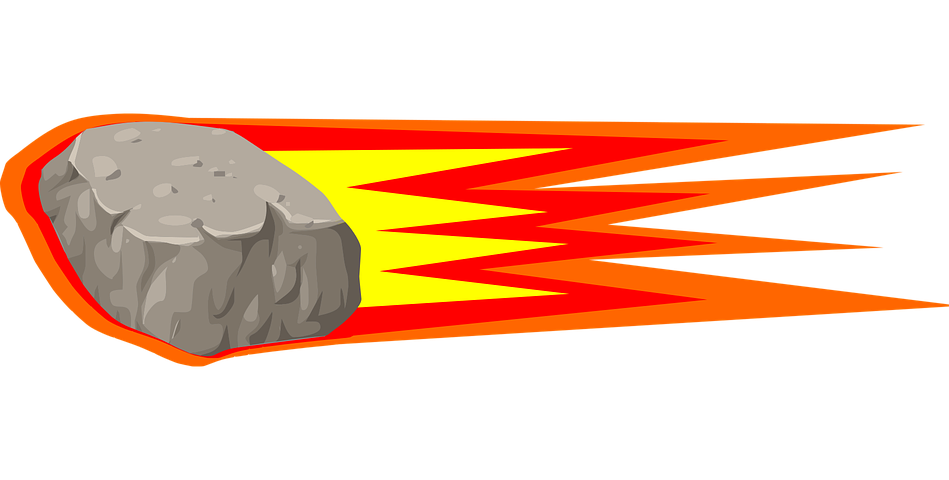 After this article was published, some people with a small vision had satirized us that, you people see only aliens in everything !

‘Svayam bane Gopal’ group did not think it was appropriate to respond to such people immediately because many reputable voluntary researchers associated with ‘Svayam bane Gopal’ group know this practical truth very well that, “this is not necessary that evidence of every secretive truth is immediately available directly, however it is definite that if it is true then sooner or later it will get proven unquestionably with all the evidence !”

A space rock named Oumuamua has been found, whose strange characteristics have shaken the concepts of many modern scientists because neither it is similar to a comet and nor an asteroid !

For this reason, everyone from scientists to media are cautiously making statements about it !

The detailed information about this space rock has been published recently by India Times in this article- Oumuamua Is 1st Ever Alien Traveler Detected In Solar System, & Its Mystery Is Baffling Experts

Now this space rock is moving away from the Earth and very soon it would not be possible to see it from the telescope !

Asteroid consists of rock and metal whereas a comet has rock, ice, gas and dust as well but Oumuamua seems to be made up of only rock and ice. That’s why, it neither seems like an asteroid and nor seems like a comet and the same thing is worrying scientists repeatedly that after all what is this thing ?

It is not easy to get out of the Earth’s powerful gravity, especially when a space object passes near the Earth !

Such power and such abnormal characteristics can certainly make any sensible scientist to think about any space object that after all, what is this thing ?

As ‘Svayam bane Gopal’ group had disclosed in a previous article that with the help of these advanced technologies, many species of aliens change their spaceships (i.e. U.F.O.) into meteoroids to keep an eye by revolving around the Earth !

There is also an important aspect in it that if any of these spaceships hidden in the disguise of a meteorite, is knowingly or unknowingly teased by human scientists of some famous research agencies (which have been giving dubious responses about aliens till now), may have to face the opposition and anger of the aliens ! Then on such occasions, scientists of these earth-based agencies who do research on space, may be forced to disclose their known secrets of aliens to the common man ! 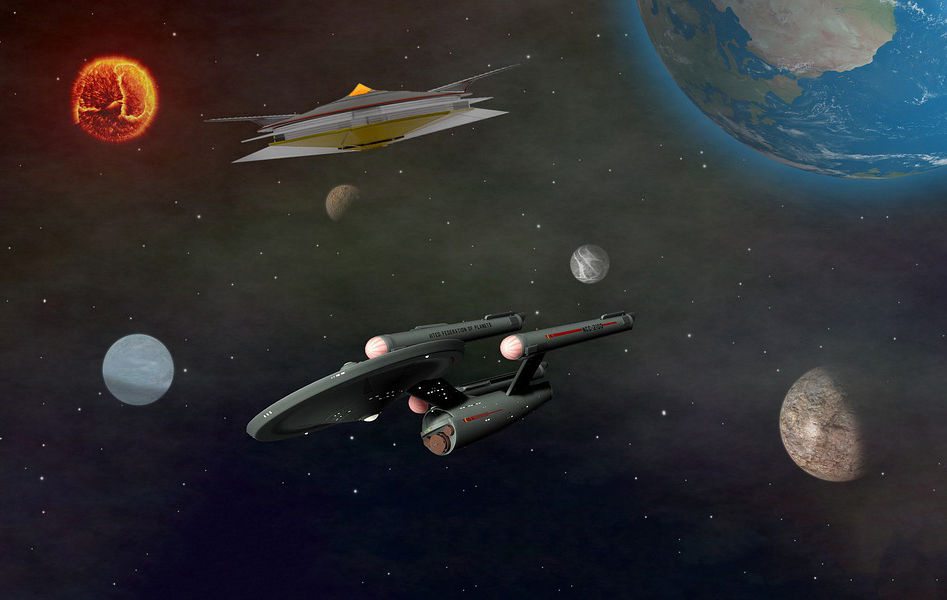 No one knows how many unknown undefined space rocks are roaming around in our solar system and do not know how many among them are really space rocks and how many are alien spaceships, its complete information is only with God himself or with the divine sage powers who are representatives of God Itself !

According to the supremely revered and divine vision of the sage power, it is not only the period of global change but the time of cosmic grand changes going on as well, which can take many years to take complete shape, however, it would not be in control of only under-powered human beings to get this transition done successfully because no one knows how many non-human divine powers need to give their valuable contribution in this, its unknown where the divine powers have already incarnated for this, many of them are disseminating karma yoga, hath yoga, raj yoga, bhakti yoga by taking birth in human form itself whereas many are purifying the earth from the sins of humans by living on the earth in their supreme divine form itself ! 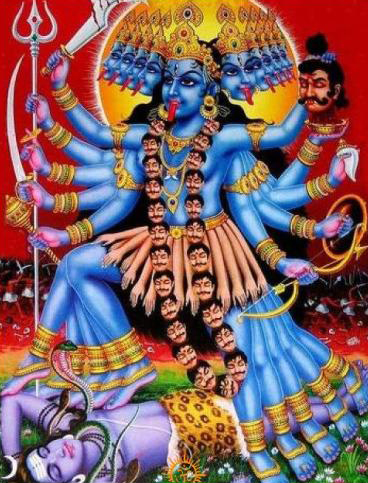 This was the result of the relentless hard work of the supreme divine powers that many terrible misfortunes had been getting suspended which got created due to the great destructive constellation appeared in the first week of August 2016 after thousands of years, however its difficult to be guessed, for how much time these mishaps can remain ineffective because if nature can shed its form of affectionate mother Gauri, it can also take the form of blood thirsty Kali after getting annoyed with innumerable abominable sins (like- millions of innocent animals getting killed mercilessly every day, cutting of numerous trees for one’s own benefit, corruption, rape, stealing, banditry, murder, insult of parents, habit of lying often and intoxication etc.) spread all over and then even Lord Shiva would not be able to understand how to calm her, as it had happened once earlier as well when as per metaphysics, Lord Ganesh i.e. good deeds had got nearly vanished from the world, then mother Gauri took the form of fierce Kali and started the destruction that even Lord Shiva was not able to understand how to calm her and eventually when nothing seemed to be feasible to save the world, Lord Shiva himself lied down under the foot of Goddess Kali !

Today, on one hand, the fire of nature’s fury ferments daily because of petty to most terrible sins done knowingly or unknowingly by human beings, on the other hand, sage powers with divine body put water on that fire fury in a way to try to cool that down by tirelessly working every day with their various supremely sacred yoga explorations, due to which even in this terribly Kalyugi ambience human life is still in existence on Earth else there are so many planets in this universe which have become completely desolate now due to the misdeeds of their residents ! It’s written in the Shrimadbhagvat Maha Purana as well that when a yogi becomes completely meditative i.e. immersed in yoga then he destroys sins not only from this Earth but also from other planets as well ! Definitely, today’s entire human society is most grateful and indebted to such yogis who take form of human body and sage powers with divine body who come from sacred heavenly planets and get seated on this Earth !

By the way, size of the Earth is nothing as compared to the whole universe, however as per the most revered sage power, from heavenly planet to the lowest planet whichever mortal planets are there, Earth is the best in them and it is also the focal point of the whole universe, that is why for all the residents of other planets (who may be called aliens in today’s modern language) Earth has special significance and they wish to come to Earth frequently (To know about names and types of some of these alien species, please read below mentioned articles related to other aliens from ‘Svayam bane Gopal’ group) !

It means that on one hand, God has given these aliens profound power in comparison to we humans, on the other hand, He has made His existence itself so complicated that those aliens also get surprised and worried many times that what is that supreme power which is running the infinite universes !

The earth fascinates high-powered aliens because here human beings live along with God ! Now what is that special quality in humans which even most of the humans themselves do not know ! That specialty is Kundalini, super power ! In fact, Kundalini, the super power is the biggest power in the universe which once awakes, human beings also become powerful like God, that’s why some rogue aliens kidnap human beings to understand the enigma of Kundalini power !

Though most of the humans may be weaker to aliens in terms of power but despite that all aliens look at human beings of Earth with special importance because the facility of attaining supreme achievement is available only and only in human body (that is why it has been said in Hindu religion, “with abundance of luck, one gets the human body”), however it’s a very sad fact that most of the human beings are entirley unaware about this rare information and finish their priceless human life only running after the mundane necessities of bread, cloth and shelter) ! 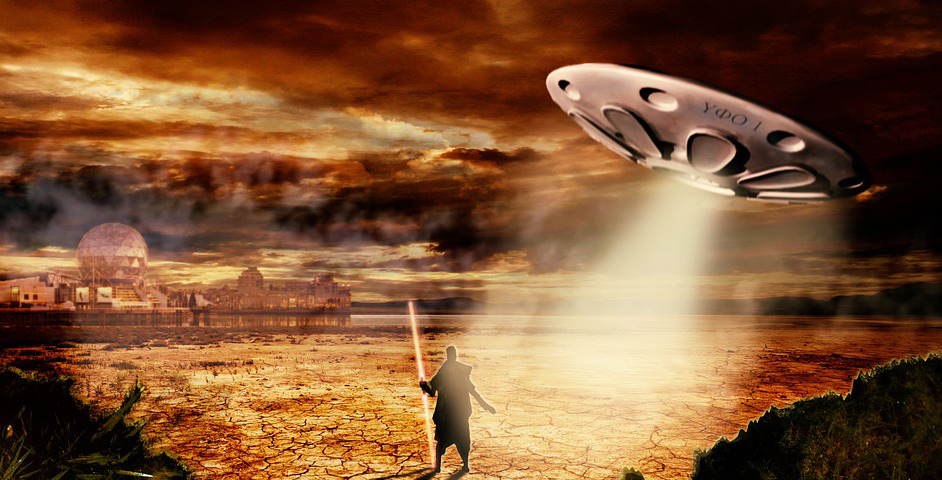 That is also why many aliens try to remain in contact with human beings on Earth through various mediums to understand more about human bodies and their workings, like- some aliens keep watching humans from their spaceships (UFO), whereas some audaciously kidnap the humans straightaway, some aliens disguise similar to humans and make friendship with humans by living amongst them whereas some aliens start doing experiments on human body in their actual form itself !

As far as the aliens are concerned, their count and types are infinite because the dimension existing in this universe are infinite and hence compared to the count of aliens, humans are very less and each residents of different dimensions ( whom, we humans think as aliens) are different out of which many residents keep coming and going in one to another dimensions for their different explorations ! Appropriate eligibility needs to be developed to understand how do they come and go from one dimension to another which is a very complex process !

This was order given by Shri Krishna during the Mahabharata period due to which aliens were hesitating in coming openly in front of humans (this order and reason behind this had been described by ‘Svayam bane Gopal’ group in one of its previous articles) but this order may get changed as well if Shri Krishna Himself gives permission by appearing again (Shri Krishna may appear again any time, in any form, anywhere; it’s reason has been quoted briefly by ‘Svayam bane Gopal’ group in previous articles) ! Reasons for changing the order can be anything, like in future due to terrible wars or calamities because of human foolishness and utter stupidity, environment on Earth can get so much deteriorated that to save human lives, making a new world inside the ocean water itself with the help of aliens or something else !

As far as the current cosmic grand change is concerned, as per the sage power, it is presided directly by Lord Shiva, i.e. God Sun Himself and He is getting equal assistance from Shri Daksh Prajapati, Saptarishi and similar other divine sage powers and whenever Lord Shiva i.e. God Sun Himself handles the reins of change a pang of little heat i.e. difficulty everybody has to bear !