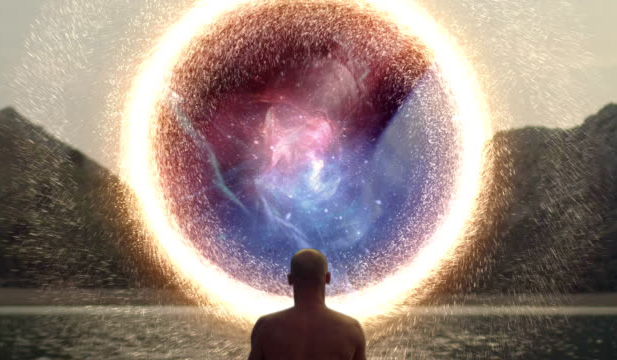 Volunteer explained to Dr. Saurabh about that strange event of his life. According to that event, once upon a time, he cursed God and his destiny very much because he had been extremely frustrated and dissatisfied due to the endless problems & difficulties of his life.

At last, after being tired of cursing God, that volunteer fell asleep. Suddenly, on waking up, he found himself walking in the blazing sun on the city’s busiest square !

He was not able to understand at all how he had reached that city square suddenly from his bedroom. And he was also much perplexed because that city square was looking him completely unknown today.

It seemed unknown to him because though the city square was exactly like how it was earlier, however, he was not familiar with anybody in the crowd of men & women present at that square, which means that square and all the shops situated there, were exactly the same as he had seen them in the past many years, however those shops and all the men & women roaming around it, were completely unfamiliar.

At the same time, unknowingly volunteer was having intuition that now he did not have any acquaintances left in this city, despite that, he was not allowed to sit and mourn about it for even a single minute because he had been given a lot of official work to be completed.

Means at that time, on the one hand, that volunteer was agonized in his heart like a fish out of water thinking that now he will never be able to meet his family for whole life, on the other hand, he did not have time for even a minute to lament over this grief because he had to complete many important official works.

Walking from that square, that volunteer looked at every shop, showroom and crowd hoping to find at least one acquaintance, but alas, no one was there. At that square, many people were happily busy with their daily chores, however no one cared about the fierce conflict going on in the mind of that volunteer.

In this suffocating condition, his heart was sinking but he did not know why his conscience was repeatedly ordering him that you are not allowed to stop because you have to complete so many important tasks.

Facing this strange situation, suddenly his eyes opened, then he realized that it was only a dream ! However, after waking up, now the situation became more strange because that volunteer’s mind was not ready to accept that this strange experience was merely a dream because he had lived in that strange world of that dream with the same earnestness as he was living in the present world after opening his eyes.

He still vividly remembered the experiences he had in that dream and the faces of the men & women present in the crowd even after 4-5 years had passed. That volunteer asked Dr. Saurabh Upadhyay as well about this experience.

When Dr. Saurabh Upadhyay made an intense research about this experience then his findings was really startling. According to Dr. Upadhyaya, that volunteer had reached the Anti-Universe (parallel universe) for a small duration of time. 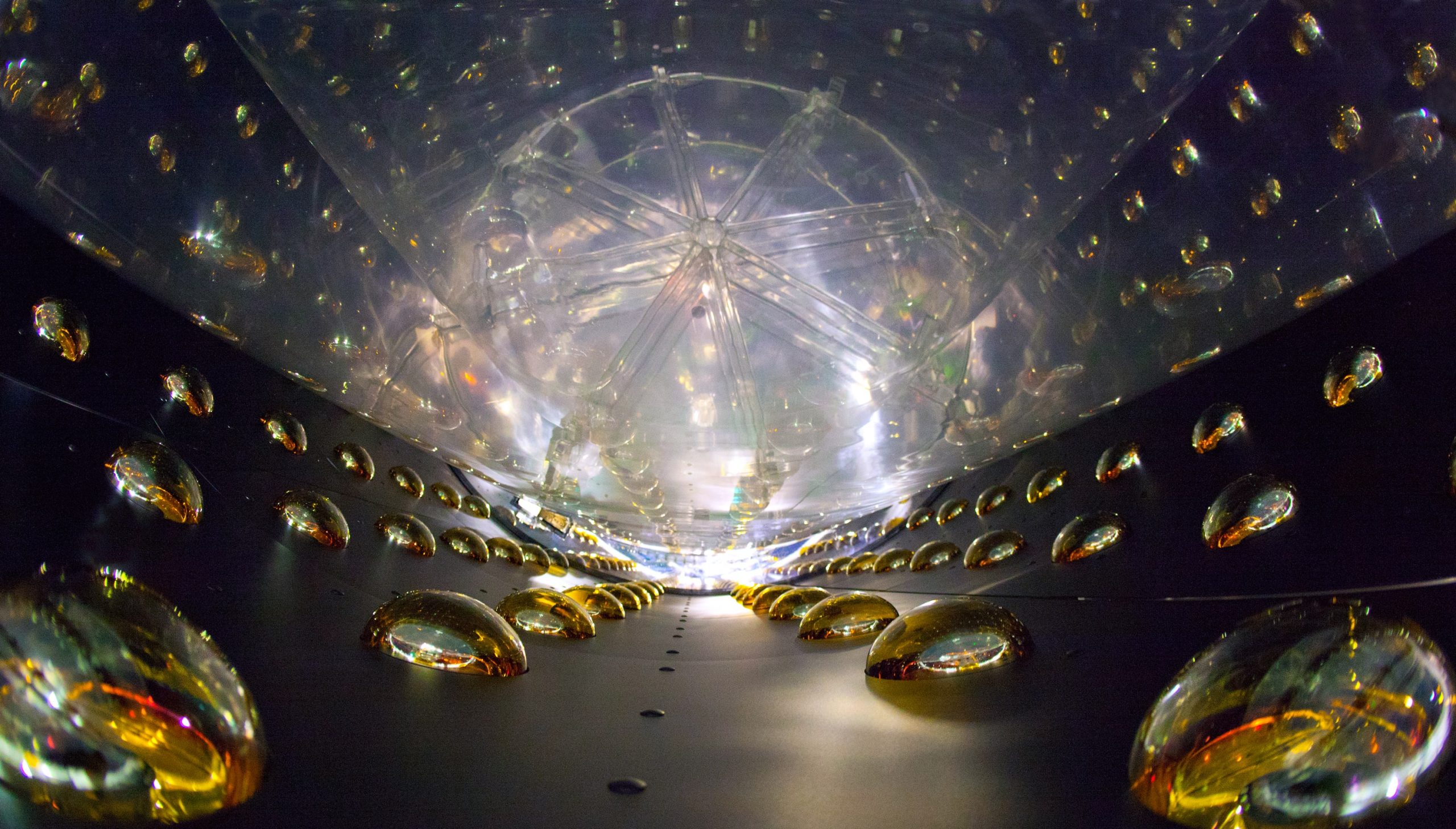 According to Dr. Saurabh, this strange concept of anti-universe has also been partially shown in the famous Hollywood movie “The Curious Case of Benjamin Button”. Though this movie is not about the anti-universe, however, it shows how a child who is very old at the time of birth becomes like a child at the time of death (on earth of our own universe).

“Svyam Bane Gopal” group has described in their earlier articles, how supernatural powers (such as Aliens) can disclose such truths wholly or partly by directly or indirectly inspiring the decision makers of a film production unit, knowingly or unknowingly through the story of their film, which even top scientists do not know. 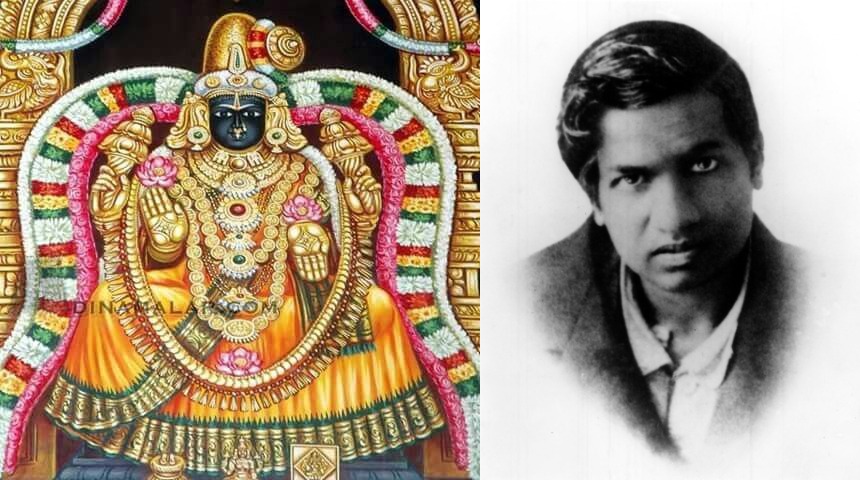 By the way, these days many people have started accepting this truth in a subdued way that behind many of our present top inventions of this earth, is the knowledge provided by the aliens directly or indirectly. The most famous example of which was the world famous scientist Shri Ramanujan (about whom even today the scholars of western countries say – The Man Who Knew Infinity). Ramanujan himself used to say that often the goddess “Namgiri” (who is an incarnation of Goddess Durga) used to appear and tell him about difficult mathematical formulas!

By the way, it is not necessary that the intervention of aliens is only in high level operations because as disclosed by the “Svyam Bane Gopal” group in their previous articles; whether one believes it or not, the management of almost all our activities in this world is in the hands of the leadership of senior aliens!

In reality, the condition of human beings is like those small children who get the illusion that they are doing everything on their own. That is, like a child who may be in the impression (misconception or confusion) that he is able to go to school, play video games, eat food, walk, etc. because he is capable of doing so whereas the reality is that he is able to do it only because of his parent’s financial, physical and mental support along with his own capability.

Dr Saurabh Upadhyay has informed that the endless God has created the infinite number of universes and it is necessary that the anti-universe of all the universes should also exist because only then they will be able to remain stable. 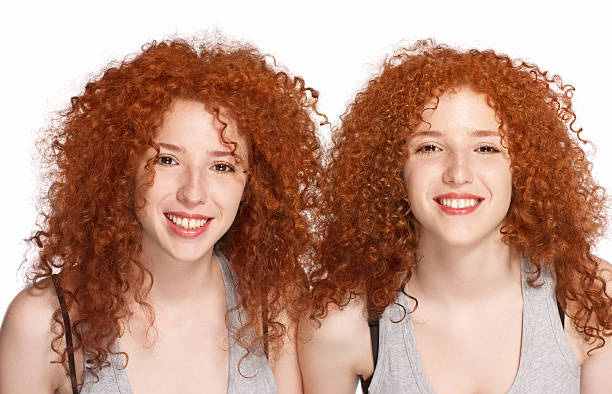 However, it is not necessary that only Lord Brahma should intervene in the structure of universe because as everyone knows, honourable sage Vishwamitra had created a new artificial heaven for the king Trishanku with his will power. After all, how did sage Vishwamitra get so much power that he could change the rules made by the creator Lord Brahma himself ? The complete secret of this is described only in the most revered Hindu religious texts, which states that any ordinary man can become a great person and eventually the supreme entity (as powerful as God himself) by doing good deeds continuously !

Not only the great sage Vishwamitra, rather there are also many such examples in history when powerful people have rightly or wrongly tampered with the structure of the universe like Hiranyaksha (brother of the demon king Hiranyakashipu) had created a new artificial solar system in the abyss. However, the rays of the artificial sun made by Hiranyaksha were not that powerful, due to which the humans on the earth were becoming weak and languid. The deities tried to convince a lot to Hiranyaksha to restore the earth to the original solar system, but when he did not agree, then God killed Hiranyaksha by taking the incarnation of Varaha and established the earth back in the right place.

So as far as the law of anti-university made by Lord Brahma is concerned, due to this, we all humans have a replica of us in the anti-universe even without our knowledge, which we can never see with our eyes in the same way just like we cannot see both sides (head and tail) of a coin simultaneously.

However, if we take the help of any technology (like video camera) then we can see both sides of the coin simultaneously. In the same way, if we take the help of a special technology then we can also see our replica located in the anti-universe. The technology that is needed to see the anti-universe is nothing but divine vision, and the easiest way to achieve it is that the more you help the other needy people, the more your insight (divine vision) will grow.

There are many such incidents in history, when in some special circumstances (like when a person is in a very emotional state or the person has knowingly or unknowingly reached near any interdimensional portal or someone has the destiny of a previous birth or God wishes to give any special lessons etc.) a person is able to see the glimpse of anti-universe or my reach anti universe (and perhaps the same thing happened with the above mentioned volunteer). 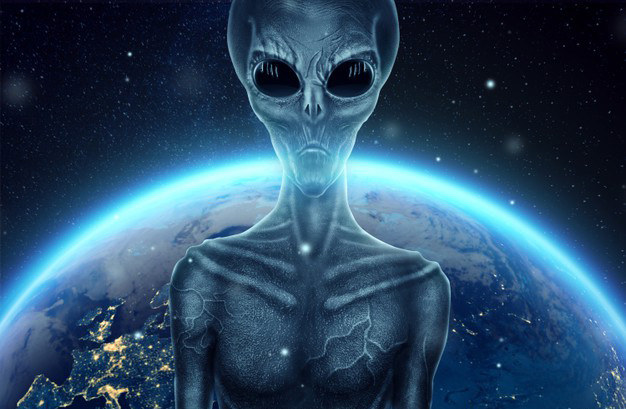 So in response to this, Dr. Saurabh has once again made a discovery, which also justifies the fact already repeated again and again by “Svyam Bane Gopal” group that the true saints of India have known such countless rare secrets since many centuries about which modern scientists have not been able to know despite spending billions of money.

Like many people these days must have heard about this truth that 600 years ago, saint Goswami Tulsidas told the distance of the Sun from the earth in “Hanuman Chalisa” literature (Yug Sahastra Yojan Par Bhanu, Lilyo Tahi Madhur Fal Janu; i.e. 150 million kilometers), however, hardly anyone knows that the famous 15th century saint “Kabir Das” (who is also considered to be a great mystic poet) has described the concept of anti-universe in one of his couplets; And that couplet is-

(Clouds shower and earth gets wet, everyone knows this.
Earth showers and the sky gets wet, seldom known by anyone)

Usually this couplet is interpreted by other mystic poets according to their own understanding, most of which can be read on the internet & social media; Out of which two main explanations are as follows-

The first well-known explanation is:- Usually it rains down from clouds and the earth gets wet but the earth rains and the sky also gets wet means that the water of the earth evaporates from the heat of the sun and becomes a cloud in the sky.

The second most popular explanation is:- Saint Kabirdas says, God is a cloud, everyone sees His grace showering but very rarely can someone see God getting wet with the vapors of austerity of a devotee.

However, for the first time in the world, Dr. Saurabh discloses that saint Kabir Das is pointing to a world (universe) in this couplet which is similar to our world but the events happening there are opposite. Saint Kabir Das has very beautifully pointed out the secret that when Amber i.e. clouds pour down rains then the soil gets wet which is a very common phenomenon in our world but there is also a world (universe) where the earth rains and the sky gets wet.

Dr Saurabh explains that saint Kabir Das has used earth and sky in symbolic form in this couplet, to show that everything is reversed there. It is also worth noting here that the concept of getting wet in the anti-universe is similar to our universe but only objects of those getting wet and those making wet have changed among themselves, which mainly shows that despite everything being the same in the anti-universe, everything is reversed there.

So in such a situation, the most interesting question becomes that, when the world is full of numerous amazing and unseen mysteries, then why should we humans waste our short life running after only the basic necessities of bread, cloth and house.

Our researcher discloses for the first time in the world; is our solar system binary or not and if it is, then how !